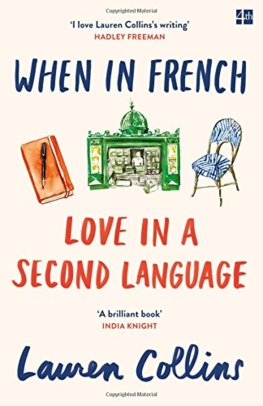 When In French: Love In A Second Language

A NEW YORK TIMES BOOK OF THE YEARDOES ‘I LOVE YOU’ EVEN MEAN THE SAME THING AS ‘JE T’AIME’?

When Lauren Collins met a Frenchman at a party one night in London, she had no idea that she would one day wake up to find herself married to him, living in Geneva.

Feeling almost voiceless in French-speaking Switzerland, Lauren was no longer able to order a salad, let alone talk to her husband’s parents. But a language barrier was no match for love…

A smart, funny and thoughtful look at how language shapes our lives, When in French shows what happens when two languages, and two very different cultures, collide.

When In French: Love In A Second Language