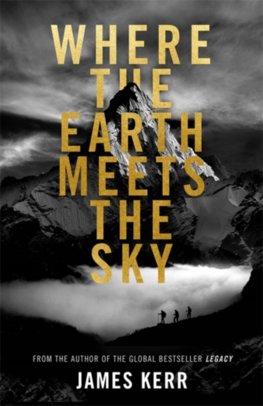 Where the Earth Meets the Sky

At 11.56 on 25 April 2015, an earthquake triggered an avalanche that took out Everest Base Camp; twenty-two people perished on the worst day in the mountain's history. In Nepal, 9,000 people died and 22,000 were critically injured. Three million required humanitarian assistance.

Two years after the disaster, Nepal struggles to recover. Meanwhile, the Gurkhas, who were central to the events of 2015, are back on the mountain and once more aiming for the top. Will they summit? Will disaster strike again?

Where the Earth Meets the Sky is the epic, elemental account of a seismic event - the days leading up to it, the moment it hits and its impact on those it envelops.

An unsparing but inspiring chronicle, it shows what it takes to survive a hostile environment, to adapt and overcome. It transports us to the roof of the world, a place where more than sixty bodies lie where they fell; where the mountaineering ghosts of Irvine and Mallory still walk, and the legend of Sir Edmund Hillary lives on.

A Good Time To Be A Girl

The Hand, the Eye and the Heart

The World Goes On