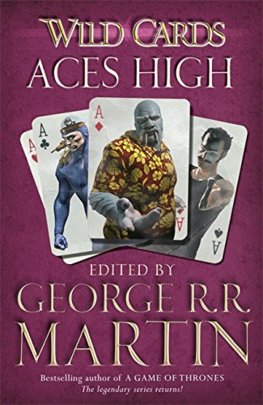 30 years after the world changed, the victims of the gene-altering 'Wild Cards' virus face a new nightmare.

The place is New York City, home of Aces High - the glamourous lounge for superheroes, high atop the Empire State Building - and Jokertown, the squalid residence of the city's deformed underclass. The victims of the Wild Card Virus are no longer new and strange, but neither are they accepted by a world that still fears them. But as a new decade dawns, all eyes are drawn to the skies, and the Wild Cards may be the planet's only hope.

From the far reaches of space comes The Swarm, a deadly menace that could very well destroy the planet. Aces and Jokers must form an uneasy alliance and prepare for a battle they must not lose.

World of Ice and Fire