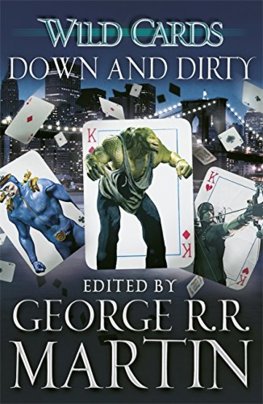 Wild Cards 05 Down and Dirty

The return of the famous shared-world superhero books created and edited by George R. R. Martin, author of A GAME OF THRONES

When an alien virus struck the Earth decades ago, it spawned a new breed of superhuman men and women. Those with useful mutations were known as Aces, those with deformities as Jokers.

Now, in New York's Jokertown, a savage street war has broken out between the Mafia and a gang known as the Shadow Fists. A courageous band of Aces must go underground to wage a war against the powers of the criminal netherworld.

Edited by George R.R. Martin and including a story by him, this volume also features stories from Roger Zelazny, Pat Cadigan, Melinda M. Snodgrass and many more.