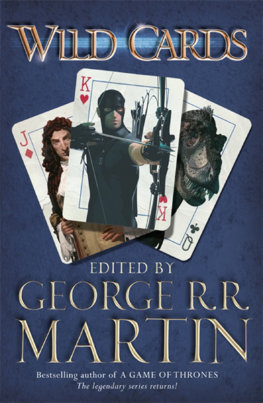 There is a secret history of the world - a history in which an alien virus struck the Earth in the aftermath of World War II, endowing a handful of survivors with extraordinary powers. Some were called Aces - those with superhuman mental and physical abilities. Others became Jokers - cursed with bizarre mental or physical disabilities. Some turned their talents to the service of humanity. Others used their powers for evil. Wild Cards is their story.

Return to the beginning of the long running shared-world series edited by George R. R. Martin, featuring stories and characters who would go on to become legends. Super-heroes have never been more real.