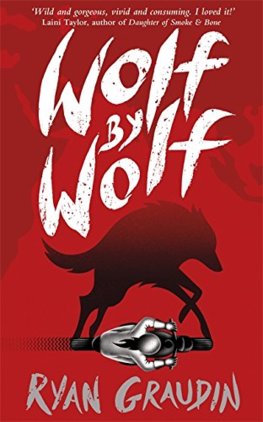 Over ten years since the Nazis won the war, 17-year-old Yael has one mission: to kill Hitler. But first she's got to get close enough to him to do it. Wolf by Wolf is a captivating YA alternative history thriller, selected as the BBC Radio 2 Book Club title for 4th January 2016 and perfect for fans of The Book Thief.

Once upon a different time, there was a girl who lived in a kingdom of death. Wolves howled up her arm. A whole pack of them - made of tattoo ink and pain, memory and loss. It was the only thing about her that ever stayed the same. Her story begins on a train.

Experimented on by scientists during her childhood in a concentration camp, Yael escaped with the unique ability to change her appearance at will. The only parts of her which always remain are the five tattooed wolves on her arm, one for each of the people she's lost. Now she is intent on getting revenge and achieving her goal: to kill the Führer and change history forever. But to get close enough she must win an epic and gruelling motorcycle race from Berlin to Tokyo - disguised as someone else . . .

The King of the Golden River

The Book of Three

An Alphabet of Animals