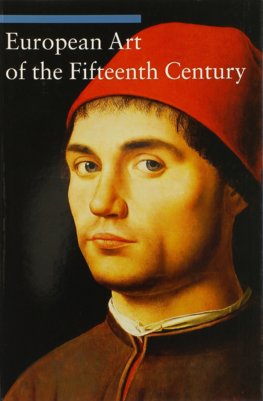 European Art of the Fifteenth Century

Influenced by a revival of interest in Greco-Roman ideals and sponsored by a newly prosperous merchant class, fifteenth-century artists produced works of astonishingly innovative content and technique. The International Gothic style of painting, still popular at the beginning of the century, was giving way to the influence of Early Netherlandish Flemish masters such as Jan van Eyck, who emphasized narrative and the complex use of light for symbolic meaning. Patrons favoured paintings in oil and on wooden panels for works ranging from large, hinged altarpieces to small, increasingly lifelike portraits. This beautifully illustrated guide analyzes the most important people, places, and concepts of this early Renaissance period, whose explosion of creativity was to spread throughout Europe in the sixteenth century. Divided into three sections, the first examines key terms, including: styles, concepts, and techniques; the second looks at four regions - Northern and Central Europe, France and Flanders, The Western Mediterranean, and Italy - and key cities within each area; and the third section highlights approximately fifty individual artists. Important facts are called out in the margins of each entry, and key elements are pointed out on each illustration.

European Art of the Sixteenth Century

European Art of the Seventeenth Century