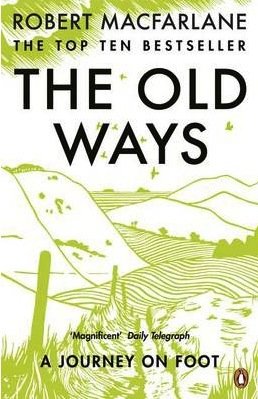 Shortlisted for the Samuel Johnson prize 2012

Following the tracks, holloways, drove-roads and sea paths that form part of a vast ancient network of routes criss-crossing the British Isles and beyond, Robert Macfarlane discovers a lost world - a landscape of the feet and the mind, of pilgrimage and ritual, of stories and ghosts; above all of the places and journeys which inspire and inhabit our imaginations.

'Really do love it. He has a rare physical intelligence and affords total immersion in place, elements and the passage of time: wonderful' Antony Gormley

'A marvellous marriage of scholarship, imagination and evocation of place. I always feel exhilarated after reading Macfarlane' Penelope Lively

'Macfarlane immerses himself in regions we may have thought familiar, resurrecting them newly potent and sometimes beautifully strange. In a moving achievement, he returns our heritage to us' Colin Thubron

'Every Robert MacFarlane book offers beautiful writing, bold journeys . . . With its global reach and mysterious Sebaldian structure, this is MacFarlane's most important book yet' David Rothenberg, author of Survival of the Beautiful and Thousand Mile Song

'Luminous, possessing a seemingly paradoxical combination of the dream-like and the hyper-vigilant, The Old Ways is, as with all of Macfarlane's work, a magnificent read. Each sentence can carry astonishing discovery' Rick Bass, US novelist and nature writer

'Sublime writing . . . sets the imagination tingling . . . Macfarlane's way of writing [is] free, exploratory, rambling and haphazard but resourceful, individual, following his own whims, and laying an irresistible trail for readers to follow' Sunday Times

Robert Macfarlane won the Guardian First Book Award, the Somerset Maugham Award, and the Sunday Times Young Writer of the Year Award for his first book, Mountains of the Mind (2003). His second, The Wild Places (2007), was similarly celebrated, winning three prizes and being shortlisted for six more. Both books were adapted for television by the BBC. He is a Fellow of Emmanuel College, Cambridge.

The Gifts of Reading