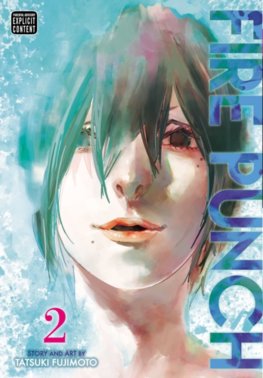 In a frozen dystopia where inhabitants eat flesh to survive, can the destructive powers of fire bring salvation? In the not-too-distant past, the Ice Witch blankets the world in snow, starvation, and madness, leading the inhabitants to seek their salvation in fire. With that, an unusual destiny unfolds for two young orphans, Agni and Luna, blessed with the ability to regenerate. But will this ability prove to be more of a curse than a blessing? Following the fight with his longtime enemy Doma, Agni is beheaded, and it's decided that his head is to be taken to the sea.

However, during the journey, a mysterious person named Togata appears, and their madness-tainted filming begins! A dystopian metathriller with crossover appeal for fans of The Walking Dead.