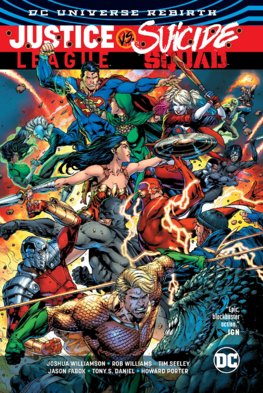 It's the first major event storyline of DC's Rebirth era in JUSTICE LEAGUE VS. SUICIDE SQUAD!

This was a day that Amanda Waller--the government liaison in charge of Task Force X--always knew would come: the Justice League discovers the existence of the Suicide Squad! The government-sponsored black-ops team of super-villains with bombs implanted in their brains is obviously a dealbreaker for the World's Greatest Superheroes. But you can bet the Wall and her gang won't go down without the fight to end all fights!

The Art Of The Dragon Prince