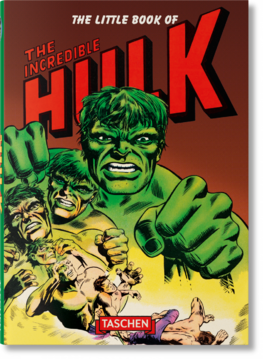 In 1962, he was created by exposure to gamma radiation in Incredible HulkNo. 1. Though it took a few years for him to develop his now-famous personality, he was nonetheless a weapon of destruction from that first appearance. Not only did the Hulkfight anyone who got in his way, but his alter ego, Bruce Banner, fought the multiple personality disorder that transformed him, spawning many other versions of the Hulk, each of whom were aspects of Bruce’s personality. Despite that, the Hulk took down the Leader, the Abomination, and Wolverine, among hundreds of other great villains. The star of a smash-hit TV show, two blockbuster movies, and hundreds of great comics, he’s one of the most instantly recognizable characters in the world. With 192 pages of images, and text by Roy Thomas, The Little Book of Hulkwill be an indispensable guide to comics’ most savage hero!

All New Xmen Inevitable Vol. 3 Hell Hath So Much Fury