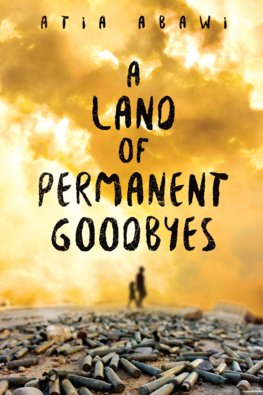 A Land Of Permanent Goodbyes

Narrated by Destiny, this heartbreaking -- and timely -- story of refugees escaping from war-torn Syria is masterfully told by a foreign news correspondent who experienced the crisis firsthand.

In a country ripped apart by war, Tareq lives with his big and loving family . . . until the bombs strike. His city is in ruins. His life is destroyed. And those who have survived are left to figure out their uncertain future.

In the wake of destruction, he's threatened by Daesh fighters and witnesses a public beheading. Tareq's family knows that to continue to stay alive, they must leave. As they travel as refugees from Syria to Turkey to Greece, facing danger at every turn, Tareq must find the resilience and courage to complete his harrowing journey.

But while this is one family's story, it is also the timeless tale of all wars, of all tragedy, and of all strife. When you are a refugee, success is outliving your loss.

Destiny narrates this heartbreaking story of the consequences of war, showing the Syrian conflict as part of a long chain of struggles spanning through time.

An award-winning author and journalist--and a refugee herself--Atia Abawi captures the hope that spurs people forward against all odds and the love that makes that hope grow.

Praise for A Land of Permanent Goodbyes:

As discussed on NPR's Morning Edition!

Featured as a most-anticipated book of 2018 on The Huffington Post and in Kirkus Reviews!

★ “From award-winning journalist Abawi comes an unforgettable novel that brings readers face to face with the global refugee crisis . . . A heartbreaking, haunting, and necessary story that offers hope while laying bare the bleakness of the world.”—Kirkus Reviews, starred review

★ "Abawi skillfully places humanity enmeshed in war into two sides: the 'hunters' who feed on the suffering and the 'helpers' who lend a hand. An inspiring, timely, and must-have account about the Syrian refugee disaster and the perils of all wars."—School Library Journal, starred review

★ "[A] gripping and heartrending novel . . . [and an] upsetting yet beautifully rendered portrayal of an ongoing humanitarian crisis."—Publishers Weekly, starred review

“[A] heartbreaking and to-the-minute timely story of the Syrian refugee crisis. Abawi gives even more humanity, depth, and understanding to the headlines.”—Bustle

“[T]his could be paired with Sepetys’ book . . . Salt to the Sea, for a multi-era look at the casualties of war.”—The Bulletin of the Center for Children’s Books

“This is a harrowing and vitally important novel about an ongoing crisis. Tareq’s story will linger with readers long after they’ve turned the final page.”—Bookish

"A Land of Permanent Goodbyes is an engrossing, heartbreaking story of survival, giving readers an authentic glimpse of the suffering and destruction in Syria."—Voice of Youth Advocates

"This touching read will stir empathy and compassion about the harrowing plight of refugees. Abawi . . . helps give perspective on how religion can be used to help create a world where the most basic human rights are violated."—Booklist

The Smallest Lights In The Universe

Labels and Other Stories