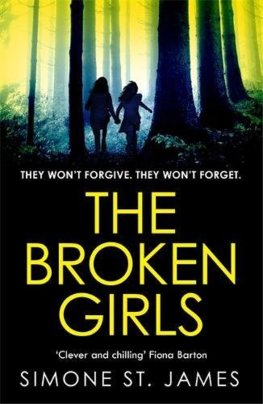 'Clever and wonderfully chilling. It held me hostage' - Fiona Barton, Sunday Times-bestselling author of The Widow and The Child

1950 - At the crumbling Idlewild Hall school for unwanted girls, four room-mates begin to bond over dark secrets and whispered fears - until one of them mysteriously disappears . . .

2014 - Journalist Fiona Sheridan can't get over the murder of her sister twenty years ago, near the ruins of Idlewild. And when another body is found during renovations of the school, she begins to uncover horrors that were meant to remain hidden - and a voice that won't be silenced.

For fans of Lisa Jewell and S.K. Tremayne, The Broken Girls is a chilling story of murder, revenge, and secrets that refuse to stay buried . . .

Every Frenchman Has One

The Girl from Nowhere

All The Lovers In The Night

The Forest of Wool and Steel