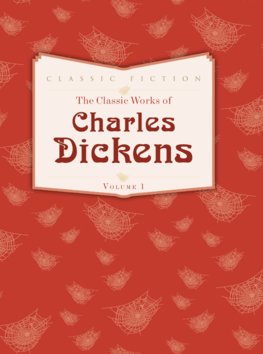 Few writers have better captured the times they were writing in as well as Charles Dickens. Dickens' ability to observe and record human character and environment have placed him at the top table of English fiction writers alongside Shakespeare and Austen, and his titles are still as popular today as they were upon first publication.

Charles Dickens was a sensation in his own time, his stories as popular upon publication as they are now, where he sits at the summit of English literature. His depictions of Victorian England, in particular, have become so engrained in common consciousness that they are considered as almost historical texts on the age.

In this collection you will find the tale of Oliver Twist, the orphan who Dickens used as a vehicle to highlight the unfairness of the Poor Law and the treacherous conditions of London slum life.

In Great Expectations we are introduced to a vast array of quirky and interesting characters - from Pip to Estella, Magwitch to Honest Joe - whilst getting a study on class division and personal relationships.

The third novel, A Tale of Two Cities, transports us to revolutionary France, where events fascinated Dickens' social interests. The study of Dr Manette's readjustment to freedom from prison is a brilliant demonstration of the author's unrivalled talent for producing fiction of subtlety and depth.

Alices Adventures in Wonderland and Other Tales