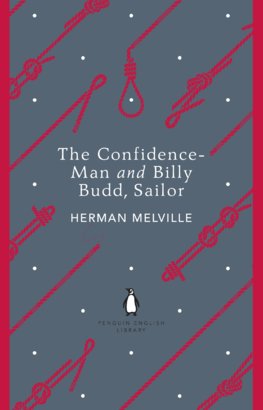 'Life is a pic-nic en costume; one must take a part, assume a character, stand ready in a sensible way to play the fool'

On the 1st of April aboard a steamboat on the Mississippi, a confidence man comes to trick and swindle his fellow passengers. Herman Melville's last major novel, The Confidence-Man is a masterful comedy of masquerades and digressions, and a brilliant satire of American society.

Billy Budd, Sailor, published after Melville's death in 1891, is a gripping allegory of good and evil, as an innocent man, pressed into service on a British man-of-war, is falsely accused of mutiny. Both works are animated with the full genius of Melville, perhaps the greatest of American writers.

Where Angels Fear to Tread