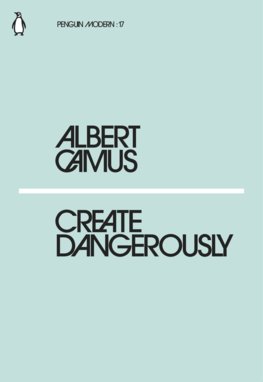 'To create today is to create dangerously. Any publication is an act, and that act exposes one to the passions of an age that forgives nothing'

Camus's powerful lecture, as relevant today as ever, argues against 'art for art's sake', while his Nobel Prize speech brilliantly sets out his vision of the artist's role and responsibilities.

Reflections on the Guillotine

Caligula and Other Plays

The Myth of Sisyphus

Grief is the Thing with Feathers

Just Another Mountain: A Memoir of Hope

The Woman in the Window