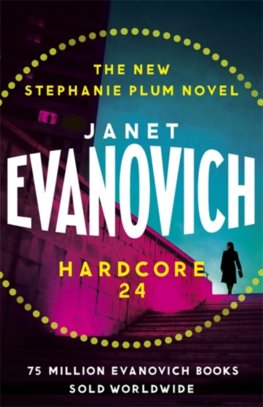 The perfect read for fans of Harlan Coben and Sue Grafton.

At first, it's just corpses from a funeral home and the morgue that have had the heads removed. Then a homeless man is murdered and dumped behind a church.

Stephanie Plum knows that she's the only one with a prayer of catching this killer.

If that's not enough, Diesel's back in town. The six-foot-tall, blond-haired hunk accepts no limits - that includes locked doors, closed windows and underwear. Trenton's hottest cop, Joe Morelli, isn't pleased at his arrival, nor is Ranger, the high-powered security consultant with his own plans for Stephanie.

Jersey's favourite bounty hunter is stuck in the middle with more questions than answers.

Who is behind the startling epidemic of mutilated corpses? And is the enigmatic Diesel's sudden appearance a coincidence or the cause of recent deadly events?

What readers are saying about the Stephanie Plum series:

'Janet Evanovich is a master creator of personalities, and the characters ofStephanie Plum, Lula and the irrepressible Grandma Mazur are works of art'

'There is something for everyone - adventure, action, romance, comedy andsex'

On a Beautiful Day

Clothes on their Backs