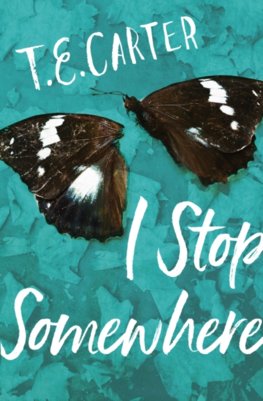 `This is a haunting and beautiful novel that explores the urgent issue of sexual violence with depth, empathy and devastating anger. Searingly written, it leaps off the page and grabs you by the throat. A love letter to a generation of women who have been taught that they have no choice but to keep quiet and put up with abuse, its message sings out to survivors everywhere and urges everybody else to start listening.' Laura Bates, founder of Everyday Sexism"When the world breaks you into pieces, sometimes you find what's left scattered among other people's broken parts." Ellie Frias has never wanted to be popular, she just wants to blend in, to be accepted.

But then Caleb Breward, tells her she's beautiful and makes her believe it. Ellie loves Caleb, but sometimes she's not sure she likes him that much - his awkward smile, the possessive way he touches her, his harsh tone, how he ignores her one minute and can't get enough the next. And then, on one black night, Ellie discovers the monster her boyfriend really is.

Ellie wasn't the first girl Caleb raped. But she was the first he murdered. Now, trapped, unable to move on, she witnesses him shatter the lives of other girls again and again.

Powerless and alone, Ellie tries to keep hold of happier memories, always waiting - hoping - that someone will find her. But no one searches for a girl they never noticed in the first place. The Lovely Bones meets Asking For It - this is the searing, heartbreaking story of a lost teenager, and the town she leaves behind.

Sade and Her Shadow Beasts