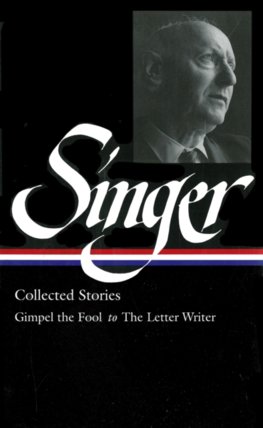 Beginning with "Gimpel the Fool," the story that brought Isaac Bashevis Singer to prominence in America in the 1950s, this Library of America volume is the first of three gathering most of Singer's short fiction. These stories were published in English in the versions he called his "second originals," translations that he supervised and on which he himself often collaborated, revising his Yiddish texts as he worked. Born in 1904 into a family of rabbis, Singer grew up in a devout household in Warsaw's Jewish quarter, but he also spent time in the villages and market towns of eastern Poland, most notably Bilgoray, where he took refuge with his mother and brother during World War I. He had firsthand exposure to forms of Jewish folk culture that were destroyed by the Nazis, and many of his works testify to the richness of that annihilated world. In his stories set in Poland, Singer drew upon vernacular traditions for tales imbued with a wild, sometimes mischievous, often disturbing supernaturalism that was an outgrowth of local storytelling but containing dark undercurrents born of his own concerns and obsessions. At the same time, his skeptical but never dismissive engagement with religion and spirituality--and the opposing forces of secularism--enabled him to take part in the creative ferment of Jewish modernism but also distance himself from its politics and literary methods. In addition to "Gimpel the Fool," this volume--drawn from Singer's first four English-language collections of stories originally published in the 1950s and 1960s--contains some of Singer's most beloved tales: "The Spinoza of Market Street," "The Gentleman from Cracow," "Taibele and Her Demon," and "Yentl the Yeshiva Boy," the basis of a hit Broadway play and the film Yentl. LIBRARY OF AMERICA is an independent nonprofit cultural organization founded in 1979 to preserve our nation's literary heritage by publishing, and keeping permanently in print, America's best and most significant writing. The Library of America series includes more than 300 volumes to date, authoritative editions that average 1,000 pages in length, feature cloth covers, sewn bindings, and ribbon markers, and are printed on premium acid-free paper that will last for centuries.

When We Were Young

How to be Famous