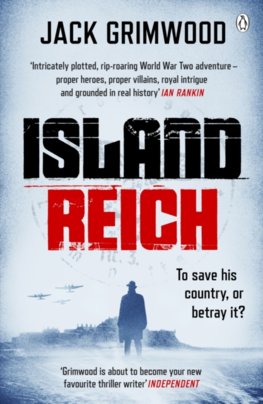 . And soldier turned safecracker Bill O'Hagan gets an offer: hang for his crimes, or serve his country. The mission - land on occupied Alderney, impersonate a local, steal the invasion plans, escape.

It sounds so implausible he almost believes it. In Portugal, the former King, Edward, Duke of Windsor, receives an altogether different proposal from Germany: ease the invasion and he'll get his throne back. But Edward will not willingly betray his country .

An unreformed thief. And a secret upon which the fates of nations lie . .

. . The synthesis of real and fictitious characters is handled with panache by the talented Grimwood' FINANCIAL TIMES'Top notch .

there are complications, twists and turns of plot in abundance [and] there is something in the comparison with that fine American novelist Joseph Kanon or one might add, the Master of American spy fiction, Charles McCarry ... every bit as credible or satisfying as James Bond' THE SCOTSMAN

Fat Is A Feminist Issue