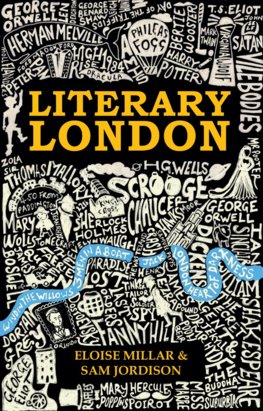 A fascinating guide to the best literary landmarks in London that takes the reader into publishing houses and along paths of inspiration, revealing the stories behind the stories.

* One of the world's greatest literary cities, London has streets full of stories and buildings steeped in history.

* The biggest and most beloved names in English literature have all been here, and you can still see or visit their stomping grounds and favourite places.

* Follow Oscar Wilde from the literary salons to Clapham Junction; roam with Julian McClaren Ross through Fitzrovia, dropping in for a pint or three with Dylan Thomas at the Bricklayers' Arms; muse darkly over the Thames with Spencer, Eliot and Conrad; and watch aghast as Lord Byron terrorizes his publisher on Albemarle Street...

Moving through time and genre, from Spencer and Shakespeare to Amis and Barnes, from tragedy and romance to chick-lit and science fiction, Literary London is a snappy and informative guide, showing just why - as another famous local writer put it - he who is tired of London is tired of life.

The Names They Gave Us