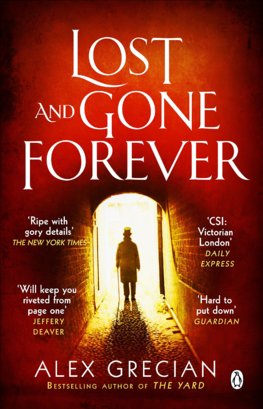 A man wakes in a cell.

He doesn't know who he is or how long he has been here.

He doesn't even know his name.

All he knows is that someone has left the cell door open . . .

Nevil Hammersmith is a former Metropolitan Police sergeant. He became a private detective when his colleague Walter Day went missing investigating the Ripper case. He's been looking for Day for an entire year, but it is as if his friend has completely vanished from the streets of London.

No one has heard from the Ripper in a long time.

No one knows when he will strike again.

That's just how he wants it.

For the Ripper has plans for the city and the man in the cell - the man he believes is just like himself . . .

'Will keep you riveted from page one' Jeffery Deaver

A Gift To Remember

This Book will change