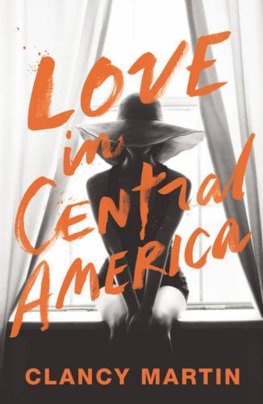 Brett is in Central America, away from her husband, Paul, when she meets his friend Eduard. Though unimpressed with him at first, the two soon launch into a passionate affair.

Unlike stable Paul, Eduard encourages Brett’s dark side. Her sobriety soon slips out of her grasp, and she finds herself on a downward spiral of sneaking off for weeks with her lover and blacking out in hotels. Brett still has the clarity to see that she is destroying her life, but is unable to stop.

Though coming undone is something we all try to avoid, Love in Central America is a fiery, powerful novel, marrying tragedy and comedy, that reminds us that going off the rails is sometimes part of the ride.

‘Cheating on your husband is like doing cocaine,’ says Brett at one point. ‘It’s rarely pleasurable, but try quitting.’

Around the World in 80 Books