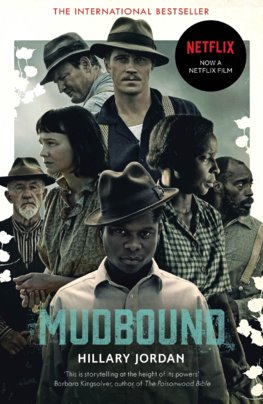 ‘A masterly, meaningful tale from America’s divided past … This is a giant of a story.’ Guardian

‘A sweeping, often spellbinding epic of cinematic storytelling that runs right up against the definition of masterpiece.’ The Times

‘Mudbound is poised to break serious ground … what makes [Rees’s] ensemble movie remarkable … is that every character is so richly defined and rounded … A wonderfully assured blend of sweeping period melodrama and small, telling moments, it’s a world you want to spend more time inside.’ Metro

‘[Rees] arranges her symbols with a rich sense of cinematic and literary tradition.’ Daily Telegraph


When Henry McAllan moves his city-bred wife, Laura, to a cotton farm in the Mississippi Delta in 1946, she finds herself in a place both foreign and frightening. Henry's love of rural life is not shared by Laura, who struggles to raise their two young children in an isolated shotgun shack under the eye of her hateful, racist father-in-law. When it rains, the waters rise up and swallow the bridge to town, stranding the family in a sea of mud.

As the Second World War shudders to an end, two young men return from Europe to help work the farm. Jamie McAllan is everything his older brother Henry is not and is sensitive to Laura's plight, but also haunted by his memories of combat. Ronsel Jackson, eldest son of the black sharecroppers who live on the farm, comes home from war with the shine of a hero, only to face far more dangerous battles against the ingrained bigotry of his own countrymen. These two unlikely friends become players in a tragedy on the grandest scale.

Boys Will Be Boys Power Patriarchy and Toxic Masculinity

There Are No Grown-Ups

The Illogic of Kassel