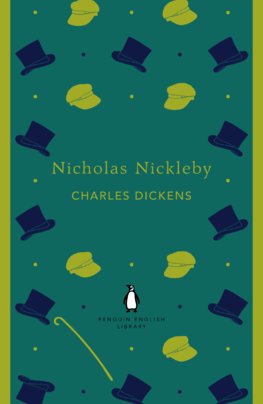 '"I may grow rich!" repeated Nicholas, with a mournful smile, "ay, and I may grow old. But rich or poor, or old or young, we shall ever be the same to each other, and in that our comfort lies"'

The work of a young novelist at the height of his powers, Nicholas Nickleby is one of the touchstones of the English comic novel. Around the central story of Nicholas Nickleby and the misfortunes of his family, Dickens created some of his most wonderful characters: the muddle-headed Mrs Nickleby, the gloriously theatrical Crummles, their protege Miss Petowker, the pretentious Mantalinis and the mindlessly cruel Squeers and his wife. Nicholas Nickleby's loose, haphazard progress harks back to the picaresque novels of the 18th century - particularly those of Smollett and Fielding. Yet the novel's exuberant atmosphere of romance, adventure and freedom is overshadowed by Dickens' awareness of social ills and financial and class insecurity.

Christmas Carol and Other Christmas Tales