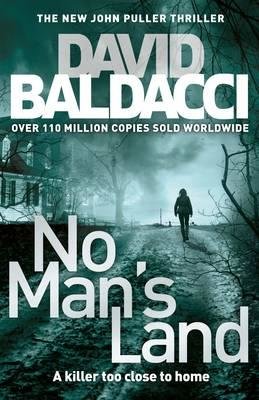 No Man's Land by David Baldacci is an exciting thriller featuring special investigator John Puller, who is pursuing a case that will send him deep into his own troubled past.

John Puller is the US Army's most tenacious investigator, but he is not equipped to face the truth about his mother's disappearance thirty years ago. New evidence has come to light suggesting that Puller's father - a highly decorated army veteran - may have murdered his wife. When Puller's friend, intelligence operative Veronica Knox, arrives on the scene, he realizes that there is far more to this case than he first thought. He knows that nothing will prevent him from discovering what really happened to his mother - even if it means proving that his father is a killer.

Paul Rogers has just been paroled after spending ten years in a high-security prison for murder. And with his freedom comes a desire to pay back old debts. Harbouring a dark past that changed him in unimaginable ways, Rogers embarks on a journey across the country, set on a path of revenge against the people who took away his humanity.

As both men uncover a trail of deception that stretches back decades, they soon realize that the truth will bind them together in ways they could never have imagined.

Men in My Situation

The Truth About Magic