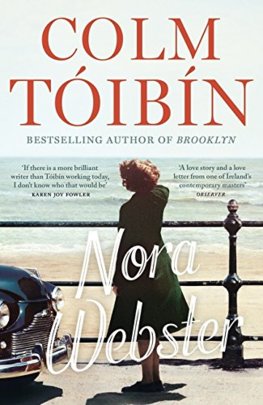 Nora Webster is the heartbreaking new novel from one of the greatest novelists writing today.

It is the late 1960s in Ireland. Nora Webster is living in a small town, looking after her four children, trying to rebuild her life after the death of her husband. She is fiercely intelligent, at times difficult and impatient, at times kind, but she is trapped by her circumstances, and waiting for any chance which will lift her beyond them.

Slowly, through the gift of music and the power of friendship, she finds a glimmer of hope and a way of starting again. As the dynamic of the family changes, she seems both fiercely self-possessed but also a figure of great moral ambiguity, making her one of the most memorable heroines in contemporary fiction.

The portrait that is painted in the years that follow is harrowing, piercingly insightful, always tender and deeply true. Colm Tóibín's Nora is a character as resonant as Anna Karenina or Madame Bovary and Nora Webster is a novel that illuminates our own lives in a way that is rare in literature. Its humanity and compassion forge an unforgettable reading experience.

Colm Tóibín was born in Enniscorthy in 1955. He is the author of eight novels, including The Blackwater Lightship, The Master and The Testament of Mary, all three of which were shortlisted for the Booker Prize with The Master also winning the IMPAC Award, Brooklyn which won the Costa Novel Award and Nora Webster which was shortlisted for the Costa Novel Award in 2014 and the Folio Prize in 2015. He has also published two collections of stories and many works of non-fiction. He lives in Dublin.

New Ways to Kill Your Mother