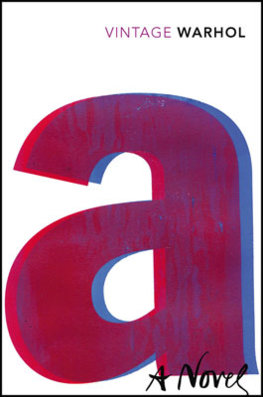 In the late 1960s Andy Warhol, one of the most influential artists of the twentieth century, set out to turn an ordinary book into a piece of pop art. He said that he wanted to create a 'bad' novel 'because doing something the wrong way always opens doors'. The result was this astonishing account of the famously influential group of artists, superstars, addicts and freaks who made up the world of Warhol's Factory.

a: a novel was created from audiotapes recorded in and around the Factory between August 1965 and May 1967 and transcribed verbatim, complete with typos and missing words. It begins with the fabulous Warhol superstar Ondine popping pills and follows its characters as they converse with inspired, speed-driven wit and cut swathes through the clubs, coffee shops, hospitals and whorehouses of 1960s Manhattan.

Last of the Wilds: Age of Five