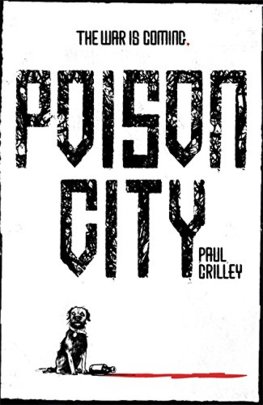 'A sarcastic, demon-fighting cop with magic dragon tattoos and an alcoholic talking dog as a sidekick... Poison City is everything you never knew you wanted in a book. Buy it now!'Krysten Ritter

The name's Gideon Tau, but everyone just calls me London. I work for the Delphic Division, the occult investigative unit of the South African Police Service. My life revolves around two things - finding out who killed my daughter and imagining what I'm going to do to the bastard when I catch him.

I have two friends in my life. The first is my boss, Armitage, a fifty-something DCI from Yorkshire who looks more like someone's mother than a cop. Don't let that fool you.

The second is the dog, my magical spirit guide. He talks. He's an alcoholic. And he's a mean drunk.

Life is pretty routine - I solve crimes, I search for my daughter's killer. Wash, rinse, repeat. Until the day I'm called out to the murder of a ramanga - a low-key vampire. It looks like an open and shut case. There's even CCTV footage of the killer.

Except... the face on the CCTV footage? It's the face of the man who killed my daughter.

And that's just the beginning of the trouble I'm about to get into.

To Cook A Bear

She must be Mad