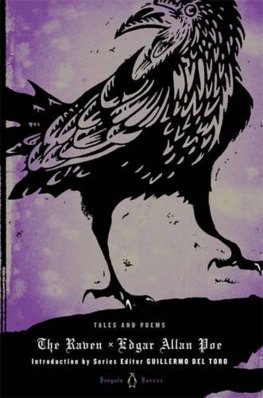 Part of a new six-volume series of the best in classic horror, selected by award-winning director Guillermo del Toro

The Raven: Tales and Poems is a landmark new anthology of Poe's work, which defied convention, shocked readers, and confounded critics. This selection of Poe's writings demonstrates the astonishing power and imagination with which he probed the darkest corners of the human mind. 'The Fall of the House of Usher' describes the final hours of a family tormented by tragedy and the legacy of the past. In 'The Tell Tale Heart,' a murderer's insane delusions threaten to betray him, while stories such as 'The Pit and the Pendulum' and 'The Cask of Amontillado' explore extreme states of decadence, fear and hate. The title narrative poem, maybe Poe's most famous work, follows a man's terrifying descent into madness after the loss of a lover.

Edgar Allan Poe (1809 - 49), was born in Boston, USA. He was a short-story writer, editor and literary critic, and is considered part of the American Romantic Movement. Best known for his tales of mystery and the macabre, Poe was one of the earliest American practitioners of the short story and is considered the inventor the detective-fiction genre.

The Fall of the House of Usher and Other Tales

The Narrative of Arthur Gordon Pym of Nantucket

Acts of King Arthur and His Noble Knights

Tales from the Arabian Nights