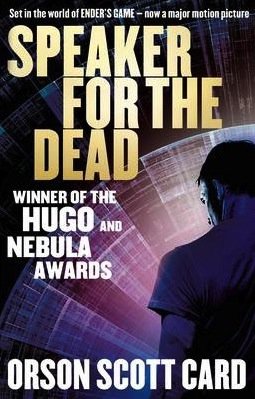 A FALLEN HERO - HAUNTED BY HIS PAST, BUT CAN HE CHANGE THE FUTURE?

Ender Wiggin was once considered a great military leader, a saviour for mankind.

But now history judges his destruction of an alien race as monstrous rather than heroic.

In the aftermath of the war, Ender disappeared, and a powerful voice arose: The Speaker for the Dead, who told the true story behind the battle with the aliens. Now, years later, a second alien race has been discovered. But again they are strange and frightening - and again, humans are dying.

It is only the Speaker for the Dead, secretly Ender Wiggin, who has the courage to confront the mystery . . . and the truth.

Hold Back the Stars