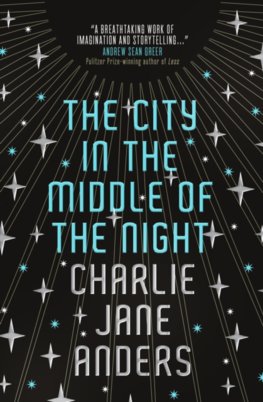 "If you control our sleep, then you can own our dreams... And from there, it's easy to control our entire lives."From the brilliant mind of Charlie Jane Anders ("A master absurdist"-New York Times; "Virtuoso"-NPR) comes a new novel of Kafkaesque futurism. Set on a planet that has fully definitive, never-changing zones of day and night, with ensuing extreme climates of endless, frigid darkness and blinding, relentless light, humankind has somehow continued apace-though the perils outside the built cities are rife with danger as much as the streets below.

But in a world where time means only what the ruling government proclaims, and the levels of light available are artificially imposed to great consequence, lost souls and disappeared bodies are shadow-bound and savage, and as common as grains of sand. And one such pariah, sacrificed to the night, but borne up by time and a mysterious bond with an enigmatic beast, will rise to take on the entire planet--before it can crumble beneath the weight of human existence.

All the Birds in the Sky

Favorite Folktales From Around World

The Trouble With Peace