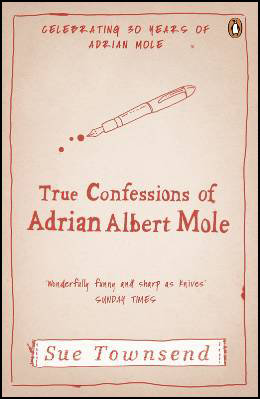 The brand new edition of the hilarious third book in the Adrian Mole series, Sue Townsend's The True Confessions of Adrian Albert Mole.

I had a good, proper look at myself in the mirror tonight. I've always wanted to look clever, but at the age of twenty years and three months I have to admit that I look like a person who has never even heard of Jung or Updike.

Adrian Mole is an adult. At least that's what it says on his passport. But living at home, clinging to his threadbare cuddly rabbit 'Pinky', working as a paper pusher for the DoE and pining for the love of his life, Pandora, has proved to him that adulthood isn't quite what he expected. Still, without the slings and arrows of modern life what else would an intellectual poet have to write about . . .

Queen in the Hell Close

Adrian Mole and Weapons of Mass

Quidditch Through the Ages

Children of Virtue and Vengeance