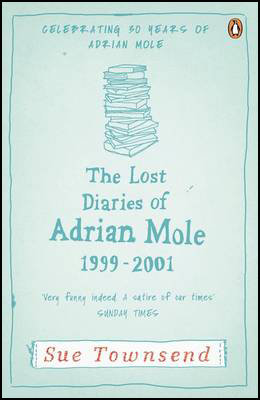 The brand new edition of the brilliant sixth book in the hilarious Adrian Mole series, Sue Townsend's The Lost Diaries of Adrian Mole.

The 'same age as Jesus when he died', Adrian Mole has become a martyr: a single-father bringing up two young boys in an uncaring world. With the ever-unattainable Pandora pursuing her ambition to become Labour's first female PM; his over-achieving half-brother Brett sponging off him; and literary success ever-elusive, Adrian tries to make ends meet and find a purpose.

But little does he realise that he is about to come to the attention of those policing The War Against Terror . . .

Children of Virtue and Vengeance

Timmy Failure 1: Mistakes Were Made

Tales from the Inner City