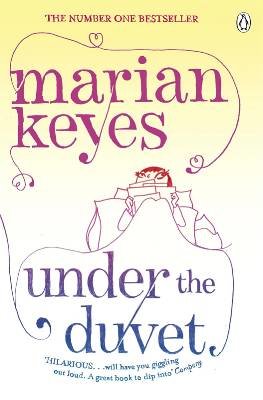 Number-one bestselling author Marian Keyes, best known for hilarious and moving novels, such asThis Charming Man, The Other Side of the Story and the award-winning Anybody Out There, offers her readers the chance to get to know the real Marian and follow her observations on just about everything in Under the Duvet.

‘When people ask me what I do for a crust I tell them that I’m a novelist, they immediately assume that my life is a non-stop carousel of limos, television appearances, hair-dos, devoted fans, stalkers and all the glitzy paraphernalia of being a public figure.

I write alone, in a darkened bedroom, wearing my PJs, eating bananas, my laptop on a pillow in front of me . . .'

Her novels are adored by millions around the world - now read Marian Keyes' collected journalism in Under the Duvet.

Bursting with her hilarious observations on life, in-laws, weight loss and parties; her love of shoes and her LTFs (Long-Term Friends); the horrors of estates agents and lost luggage; and how she once had an office Christmas party that involved roasting two sheep on a spit, Moroccan style; it's the perfect bed-time companion, and will have you wincing with recognition or roaring with laughter.

Daydream and Drunkenness of a Young Lady