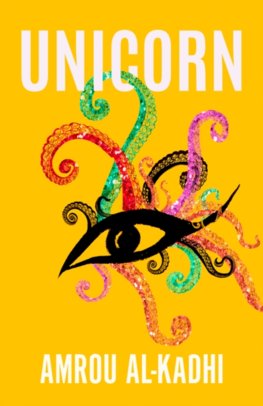 Unicorn: The Memoir Of A Muslim Drag Queen

From a god-fearing Muslim boy enraptured with their mother, to a vocal, queer drag queen estranged from their family, this is a heart-breaking and hilarious memoir about the author's fight to be true to themselfMy name is Amrou Al-Kadhi - by day. By night, I am Glamrou, an empowered, fearless and acerbic drag queen who wears seven-inch heels and says the things that nobody else dares to. Growing up in a strict Iraqi Muslim household, it didn't take long for me to realise I was different.

When I was ten years old, I announced to my family that I was in love with Macaulay Culkin in Home Alone. The resultant fallout might best be described as something like the Iraqi version of Jerry Springer: The Opera. And that was just the beginning.

This is the story of how I got from there to here: about my teenage obsession with marine biology, and how fluid aquatic life helped me understand my non-binary gender identity; about my two-year scholarship at Eton college, during which I wondered if I could forge a new identity as a British aristocrat (spoiler alert: it didn't work); about discovering the transformative powers of drag while at university (and how I very nearly lost my mind after I left); and about how, after years of rage towards it, I finally began to understand Islam in a new, queer way. Most of all, this is a book about my mother. It's the journey of how we lost and found each other, about forgiveness, understanding, hope - and the life-long search for belonging.

Oh My God, What a Complete Aisling

The River at Night