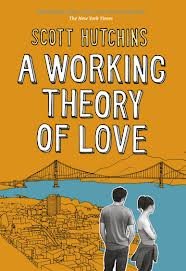 A Working Theory of Love by Scott Hutchins is a brilliantly witty novel of 21st century relationships for readers of Nick Hornby and Douglas Coupland.

'Tremendous, big, clever ... Every once in a while a novel comes along and speaks to a generation ... Hutchins expertly charts the terrain of love, and what it means to fall, and fall hard' Guardian

By day, he works at a Silicon Valley software company, where he is helping to create the world's first 'living' artificial intelligence -- a computer programme based on the personality of his late father. By night, he is attempting to reconcile his own emotional shortcomings with the unexpected attractions of an intriguing young woman called Rachel. The question is: what does it take to be a real human being?

Set in San Francisco, where anything goes (and regularly does), this recklessly witty, formidably funny, outrageously honest novel captures the exquisite agony of contemporary relationships.

The Man and His Bike