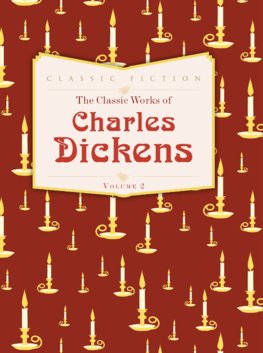 Charles Dickens' ability to observe and record human character and environment have placed him at the top table of English fiction writers alongside Shakespeare and Austen, and his titles are still as popular today as they were upon first publication.

Dickens was a sensation in his own time, his stories as popular upon publication as they are now, where he sits at the summit of English literature. His depictions of Victorian England, in particular, have become so engrained in common consciousness that they are considered as almost historical texts on the age.

Nicholas Nickleby was Dickens' third novel, and backed up the successes of Pickwick Papers andOliver Twist, with the eponymous hero encountering an array of characters and types in the world of Victorian theatre.

A Christmas Carol is the immortal tale of mean Ebenezer Scrooge, who ultimately renounces his curmudgeonly and tight-fisted ways after being visited by ghosts at Christmas time.

Hard Times reflects Dickens' deepening interests in social inequalities, the story of a fictional milltown in Lancashire borne from time the author spent in Preston in 1854.

The Frolic of the Beasts

War Of The Worlds