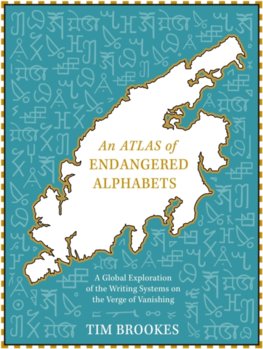 An Atlas of Endangered Alphabets

When a culture is forced to abandon its traditional script, everything it has written for hundreds of years - sacred texts, poems, personal correspondence, legal documents, the collective experience, wisdom and identity of a people - is lost. This Atlas is about those writing systems, and the people who are trying to save them. From the ancient holy alphabets of the Middle East, now used only by tiny sects, to newly created African alphabets designed to keep cultural traditions alive in the twenty-first century: from a Sudanese script based on the ownership marks traditionally branded into camels, to a secret system used in one corner of China exclusively by women to record the songs and stories of their inner selves: this unique book profiles dozens of scripts and the cultures they encapsulate, offering glimpses of worlds unknown to us - and ways of saving them from vanishing entirely.

99 Maps to Save the Planet