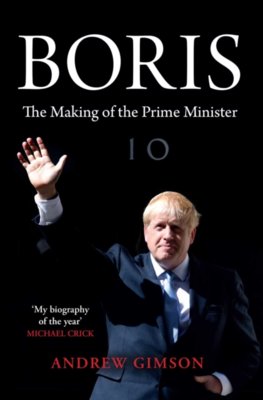 Andrew Gimson
The Adventures of Boris Johnson
13,50 €
Dodanie do 21 dní

THE MAKING OF A PRIME MINISTER 'My biography of the year' Michael Crick 'The scariest thing I've read since Silence of the Lambs' Ken Livingstone A brilliant and definitive biography of Boris Johnson, the politician who risked his career to lead the Brexit campaign, won the referendum, and finally became the new prime minister. In Andrew Gimson's acclaimed biography of the most colourful British politician of modern times, we are given a comprehensive portrait of the man. Despite tabloid controversies which led to him being dismissed from Michael Howard's shadow cabinet, Boris bounced back to win two terms as London mayor.

It was a remarkable tribute to his huge personal popularity, and he was at the heart of things when London showcased itself during the 2012 Olympics. This updated edition of the book is a comprehensive insight into the dramatic political events of 2016. After Boris decided to join the Brexit campaign, which he led with Michael Gove, against all the predictions he secured a historic vote to leave the EU.

Within a few tumultuous and unprecedented days, David Cameron resigned as prime minister, Boris was installed as favourite to succeed him - only for Gove to torpedo his challenge, and seemingly end his career. Yet when Theresa May took charge, she surprised many by appointing Boris as Foreign Secretary. Gimson's superb account not only takes the reader behind the scenes, it vividly brings to life one of the most extraordinary political careers in our history.

If Only They Didnt Speak English