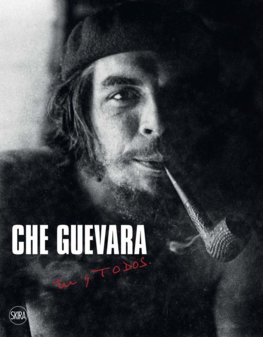 Fifty years after Ernesto Guevara’s death, Che Guevara tú y Todos (the title tú y Todos , is taken from a poem written for his wife before leaving for Bolivia) aims to redeem his figure from the oblivion of the pop icon fuelled by posters and T-shirts, and to restore it to its more human, vital, and historical dimension.

The book develops philologically in three levels, which have different multi-media solutions, all captivating and with considerable communication effectiveness. Using a journalistic style of narration, the first level talks about the geopolitical context. The second level is biographical. With numerous and original archived materials, it goes through the character’s private and public experiences, such as his official speeches, his considerations on education, foreign policy and economics, the sense of the revolution and hope in “New Man”. Lastly, there is an a-temporal level with an intimist tone. It focuses on texts of a more personal nature, such as his diaries and letters to friends and family, and includes recordings of poems dedicated to his wife Aleida, in which doubts, contradictions and reflections take shape.

Hundreds of jotted down thoughts, diaries and letters intimately reveal one of the characters that most deeply marked an age. It is Ernesto Guevara, El Che, talking about himself.

Against the Double Blackmail