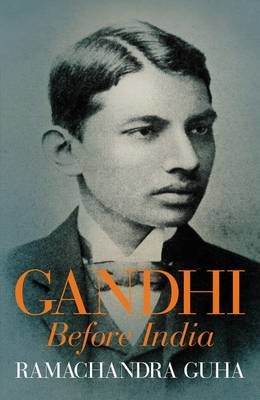 The first volume of the definitive biography of Gandhi, one of the most remarkable figures of the 20th century, from the great historian Ramachandra Guha

The life of Mohandas Gandhi is one of the most remarkable and potent in the modern era. In this fascinating new biography Ramachandra Guha allows us to understand the personality and politics of Mohandas Gandhi as never before. Showing that Gandhi's ideas were fundamentally shaped before his return to India in 1915, Gandhi Before India is the extraordinarily vivid portrait of the formative years he spent in England and South Africa, where he developed the techniques that would undermine and ultimately destroy the British Empire.

Ramachandra Guha depicts a world of sharp contrasts between the coastal culture of Gujarat, High Victorian London and colonial South Africa, where settlers from India, Britain and elsewhere battled for their share of this rich and newly despoiled land. Drawing on many new sources located in archives across four continents, Guha sensitively explores the many facets of Gandhi's life and struggles. This is the biography of the year.

The State of Secrecy

Not in Gods Name

HRC: State Secrets and the Rebirth of Hillary Clinton

Rescue : Refugees and the Political Crisis of Our Time