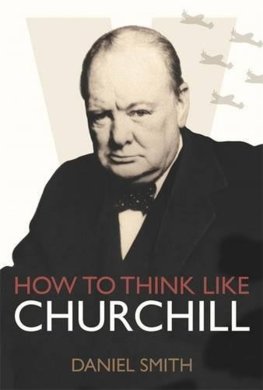 Looking at defining moments in Winston Churchill's life and revealing his key principles, philosophies and decisions, this book will teach you how to think like the great man. Remembered for his leadership during the Second World War, Churchill's commitment to 'never surrender', as well as his stirring speeches and radio broadcasts, helped inspire British resistance to the Nazi threat when Britain stood alone against an occupied Europe. As well as a hugely successful politician, Churchill was an officer in the British Army, a journalist, historian and a writer, winning the Nobel Prize for Literature in 1953. As one of the few voices warning about Nazi Germany in the 1930s, he returned to government to play his part in defeating Nazism, becoming one of the defining figures of the twentieth century. Studying how and why he accomplished what he did, how he overcame personal and professional adversity and stood strong in the face of overwhelming odds, with quotes and passages by and about the great man, you too can learn to think like Churchill.

A Field Guide to Lies

Mindful Tech: How to Bring Balance to Our Digital Lives