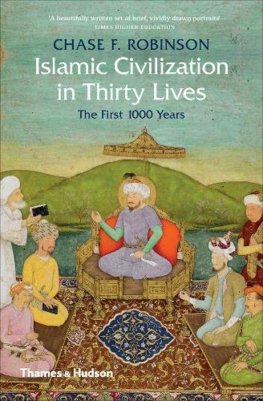 The religious thinkers, political leaders, law-makers, writers and philosophers of the early Muslim world helped to shape the 1,400-year-long development of today’s secondlargest world religion. But who were these people? What do we know of their lives, and the ways in which they influenced their societies?

Chase F. Robinson draws on the long tradition in Muslim scholarship of commemorating in writing the biographies of notable figures, but weaves these ambitious lives together to create a rich narrative of early Islamic civilization, from the Prophet Muhammad to fearsome Tamerlane. Beginning in Islam’s heartland, Mecca, we move across Arabia to follow Islam’s journey across North Africa, as far as Spain in the West, and eastwards through Central and East Asia; we see the rise and fall of Islamic states through the political and military leaders working to secure peace or expand their power, and, within this political climate, the development of Islamic law, scientific thought and literature through the words of the scholars who devoted themselves to these pursuits. Alongside the famous characters who coloured this landscape, including Muhammad’s controversial cousin, ’Ali; the first Sultan of Egypt, Saladin; and the poet Rumi, the reader will also meet less wellknown figures, such as Shajar al-Durr, slave-turned-Sultana of Egypt, and Ibn Fadlan, whose travels in Eurasia brought first-hand accounts of the Volka Vikings to the Abbasid Caliph.

A Day at Château de Fontainebleau

A History of Judaism

This Is Not Propaganda