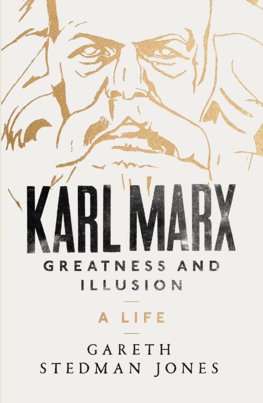 'A deeply original and illuminating account of Marx's journey through the intellectual history of the nineteenth century... a profound reappraisal and a gripping read' Christopher Clark, author of The Sleepwalkers

As the nineteenth century unfolded, its inhabitants had to come to terms with an unparalleled range of political, economic, religious and intellectual challenges. Distances shrank, new towns sprang up, and ingenious inventions transformed the industrial landscape. It was an era dominated by new ideas about God, human capacities, industry, revolution, empires and political systems - and above all, the shape of the future.

One of the most distinctive and arresting contributions to this debate was made by Karl Marx, the son of a Jewish convert in the Rhineland and a man whose entire life was devoted to making sense of the hopes and fears of the nineteenth century world. Gareth Stedman Jones's impressive biography explores how Marx came to his revolutionary ideas in an age of intellectual ferment, and the impact they had on his times. In a world where so many things were changing so fast, would the coming age belong to those enthralled by the events which had brought this world into being, or to those who feared and loathed it?

This remarkable book allows the reader to understand as never before the world of ideas which shaped Marx's world - and in turn made Marx shape our own.

The Road to Sleeping Dragon

The Book of Tea