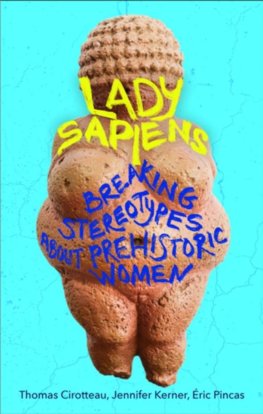 45,000 years ago, rare and precious statues of faceless women with hourglass figures, sturdy hips and generous breasts surfaced across Europe. Spanning thousands of years and nurturing many a fantasy, they are known as the prehistoric Venus figurines. But what were the women who inspired these artefacts really like?

For 150 years researchers offered no archaeological insights into the daily lives of prehistoric women and underestimated their role in society. In fact, these women became imprisoned by clichés. Prehistoric man hunted, went on adventures, invented, created and drew, whereas the role of prehistoric women was limited to educating children and carrying out domestic chores. That’s all there was to say about it, or almost.

Over the past fifteen years a new generation of researchers – many of whom are women – have shaken up this model. By establishing groundbreaking analysis protocols and defining new excavation methods, these scientists are finally able to make the invisible visible. It is thanks to their tenacity that the essential and even prestigious role of prehistoric women is emerging. For the first time ever these ancient women are being resurrected before our very eyes, shedding light on a new theory of our origins!

'Seek[s] to debunk the simplistic division of roles by highlighting advances in the study of bones, graves, art and ethnography often ignored in the public sphere' The Guardian