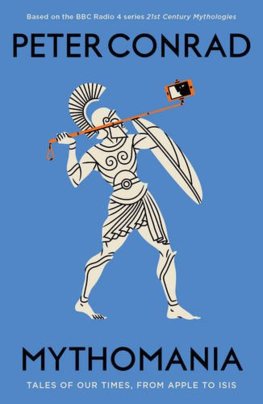 Despite our culture’s proclaimed respect for scientific reason, we live in a society that is no less bedazzled-and bedevilled-by myth than those of our remote ancestors. Roland Barthes first examined the mythical resonances of consumer products in the 1950s. Far from being demystified, consumerism has since morphed into a universal religion, its compulsory ritual of shopping essential to our economic survival. Myth has also invaded the political realm, as terrorists brandish black flags and recite theological mantras as they martyr themselves.
Peter Conrad’s exhilarating book exposes the absurdity and occasional insanity of our godforsaken, demon-haunted contemporary culture. Conrad casts his brilliant beam upon subjects from The Queen to the Kardashians, via Banksy, Nando’s, vaping, the vogue of the cronut, the mushroom-like rise of Dubai, the launch of the Large Hadron Collider, the growth of the Pacific garbage patch... In Judge Judy, he shows us a matronly Roman goddess dispensing justice with a fly swatter. In the metamorphosis of Caitlyn Jenner from Olympic athlete and paterfamilias into idealized female form, he sees parallels to the deeds of the residents of Mount Olympus themselves. Finally, after surveying advances in biomedical engineering and artificial intelligence, he asks whether we might be on the brink of a post-human world.

The Mysteries of Cinema