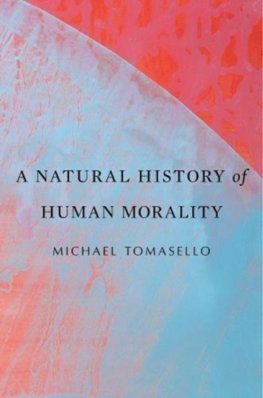 Winner of the Eleanor Maccoby Book Award in Developmental Psychology, American Psychological AssociationWinner of a PROSE Award, Association of American PublishersShortlist, Cognitive Development Society Book AwardA Choice Outstanding Academic Title of the YearA Natural History of Human Morality offers the most detailed account to date of the evolution of human moral psychology. Based on extensive experimental data comparing great apes and human children, Michael Tomasello reconstructs how early humans gradually became an ultra-cooperative and, eventually, a moral species. "Tomasello is convincing, above all, because he has run many of the relevant studies (on chimps, bonobos and children) himself.

Mythology in Our Language