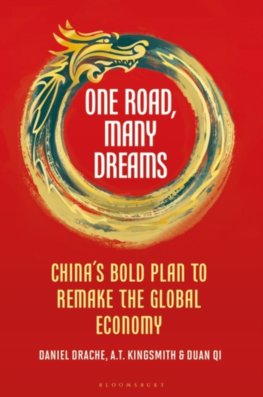 One Road, Many Dreams

One Belt, One Road is China's bold plan to remake the global economy. It's an ambitious strategy with a $2 trillion - and rising - budget. The objective? To challenge the existing economic and political world order.

One Road, Many Dreams reveals the true extent of China's ambition, analyses the impact of the One Belt, One Road initiative and assesses its chances of success and failure. This is the Asian century and China has a plan - to remake the world economy. Under its audacious One Belt, One Road strategy, China is investing trillions of dollars in hundreds of projects all around the globe.

It's buying up ports, building transport networks and constructing major infrastructure. From hydroelectric plants to oil pipelines, China supplies the labour if needed, the raw materials and the finance, creating customers and boosting its own economy in the process. More than 80 nations have already joined China's increasingly less exclusive club and by 2049, when One Belt, One Road is set to end, its number of members is likely to rival the UN.

So far, China has exercised its soft power of debt diplomacy and financial might shrewdly, serving the planet's overlooked middle-income and poor countries. The rest of the world needs to wake up because the scale of One Belt, One Road is unprecedented. Its implications for the global structure of power are potentially seismic as the geopolitical ties between Europe and Asia deepen.

Written by three highly regarded political economists, One Road, Many Dreams examines the One Belt, One Road initiative from all angles. It looks at the projects and the players, the alliances and the governance. It explores the opportunities for China and the threat to the West, particularly for Trump's isolationist US administration.

At home and abroad, China is staking its credibility as a superpower on One Belt, One Road. Its resources appear limitless, but One Road, Many Dreams asks a tough question: has China overreached? Or can it really pull this off and remake the world economy in its own interests?

The Laws Of Human Nature

We Have a Deal

Getting Things Done for Teens

The Little Book of Lykke