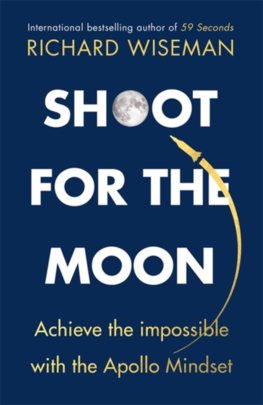 Shoot for the Moon

20th July 1969: Neil Armstrong walked on the moon. We've seen the footage, we've heard the history, we've marveled at mankind's great achievement. What we don't know is what it takes for astronauts to stay focused, calm and prepared when facing the impossible.

Having studied mission archives and first-person accounts of the Apollo 11 moon landings and examined recent psychological and neuroscientific research, Psychologist Richard Wiseman has uncovered NASA's greatest untold discovery: the Apollo Mindset. And this is the missing manual.

While mankind was making leaps in progress, the man who made it to the moon in the Apollo 11 Lunar Lander had taken many small steps in his mind to reach this landmark moment. Richard Wiseman is here to share the seven psychological principles you need to accomplish the impossible.

While most of us won't explore space, we can use the same ideas and techniques used by the team behind the Apollo 11 to accomplish your most far-reaching goals.

Be it starting your own business, getting promoted or giving up the rat-race and pursuing your lifelong dream, the Apollo Mindset will help you to reach your own moon.